This is the third post in the series. I've been using Elysium at work for the last year and have been pretty impressed with it. There are a few gaps in terms of the styles it provides but that's where Elysium Extra comes in.

This SDK takes its own view of what Metro ought to look like. It makes much more use of the accent colour in its controls which have a bold and striking look to them. Where colour is used, it is used in abundance, on the otherwise plain white canvas.

Once again, this SDK supports themes out of the box. It gives you the option of a dark or light background, an accent colour and contrast colour. 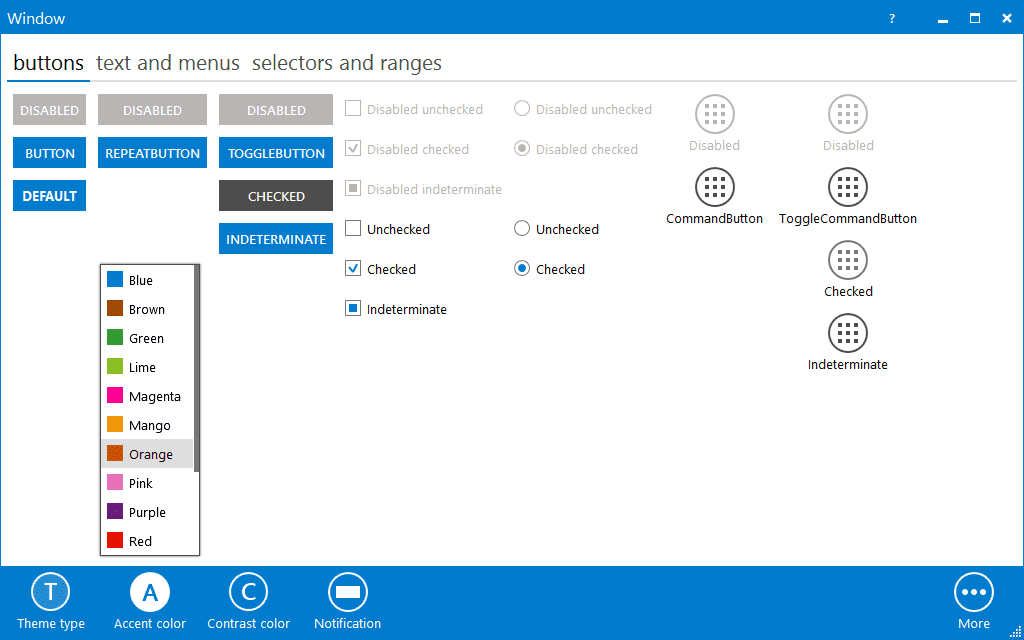 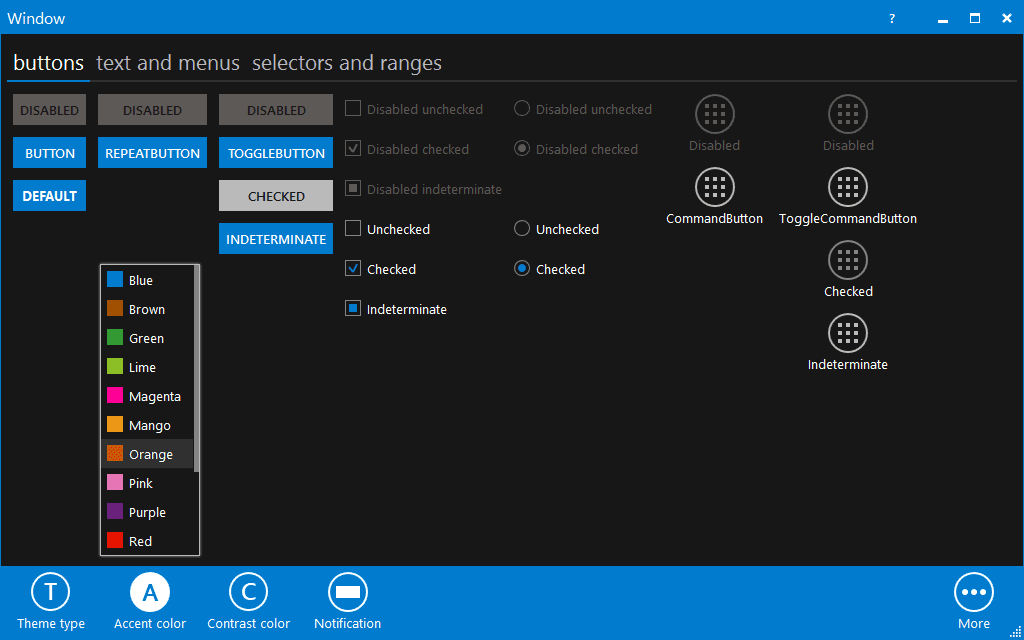 The standard Windows 8 buttons are all here but composed of three variants. The SDK also provides a Windows 8 style application bar which pops up from the bottom of the screen on right click. Buttons placed in the application but have separate styles and look pretty pleasing. The developer has done a pretty good job of recreating the Windows 8 application bar experience.

The standard alternative to the CheckBox control is here too. 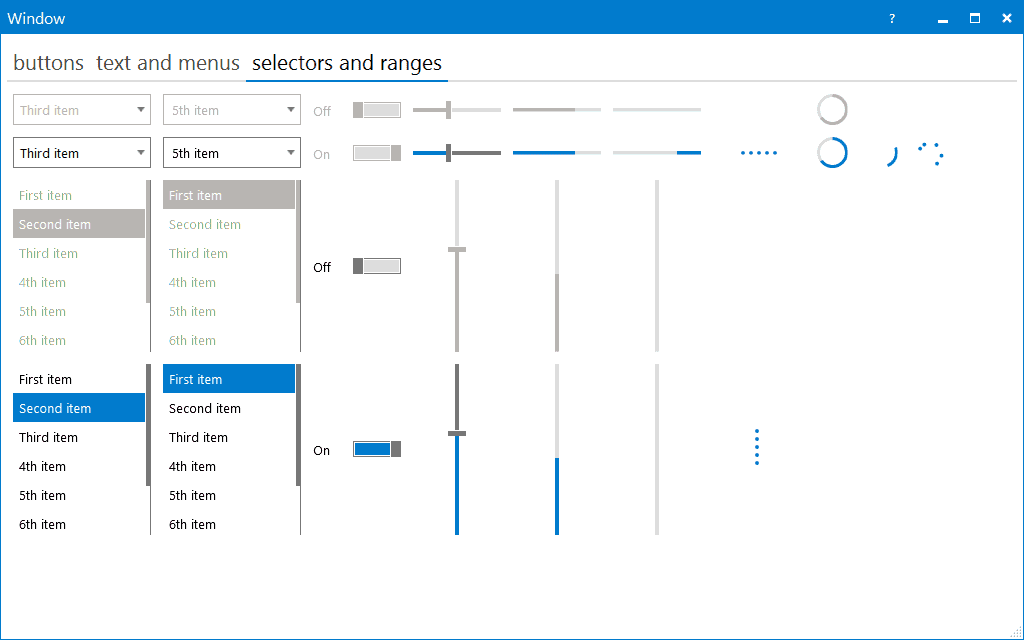 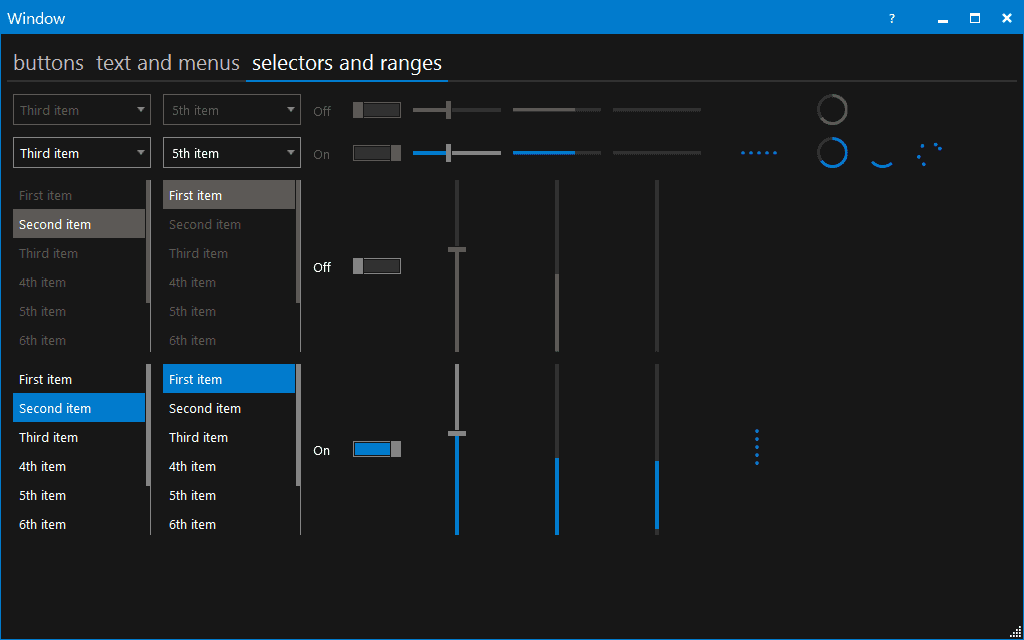 These are the alternatives to the standard WPF ProgressBar control and are quite pleasing to the eye.

The code is available on GitHub and you could download the latest change set but it seems to be broken at the time of writing because the developer is doing some pretty major re-factoring (Use Team Foundation Server shelve-sets to avoid checking in broken code). That's a bit of a shame as the basics of this SDK are pretty solid.

Looking at the discussion boards, there seems to be a fair amount of activity but the developer seems to have gone on holiday as I've been unable to contact him to talk about Elysium Extra which I'll be discussing in my next post (Update: The developer is back and says he is continuing development after a brief pause).

This is a solid SDK but it does lack basic styles for some WPF controls such as the DatePicker and DataGrid, for some this is a deal breaker but Elysium Extra covers these bases and more. Elysium does provide a NuGet package which is great and even an MSI which has full integration with Visual Studio! 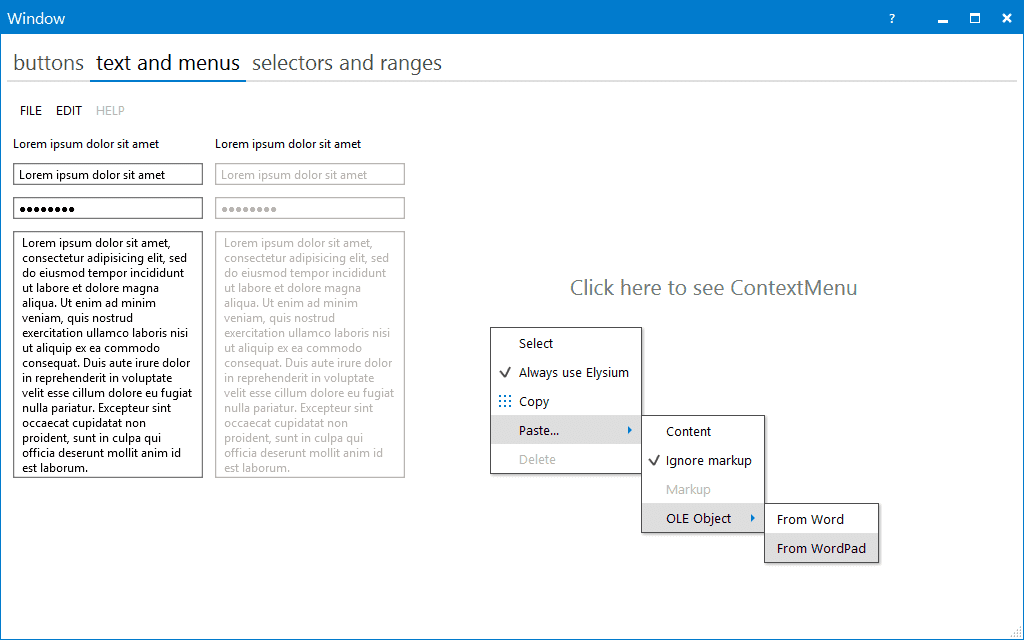 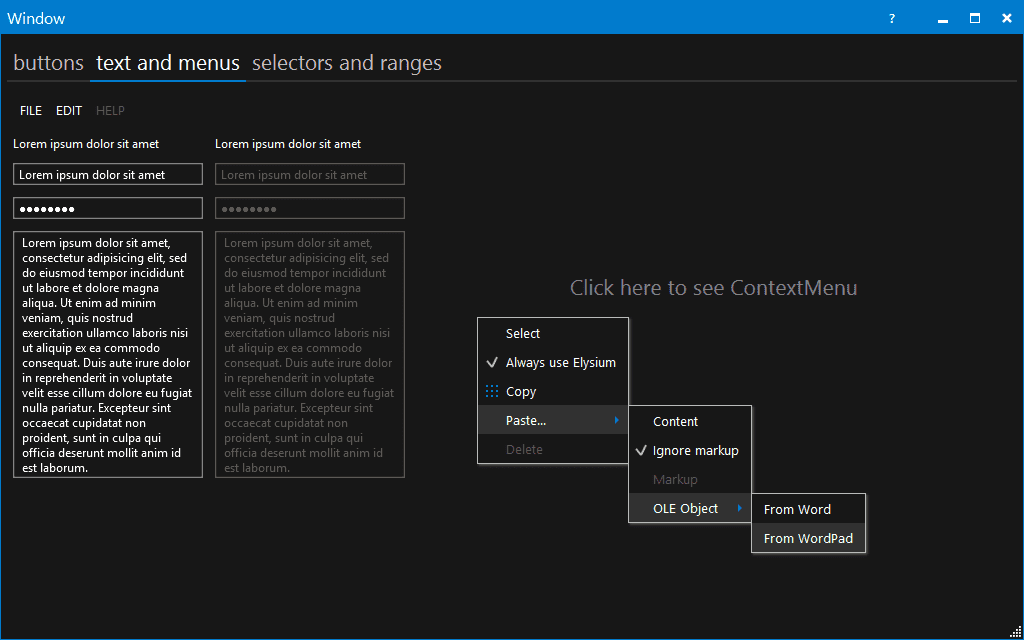